Public Trust in Science is Not the Problem, It is Politicization 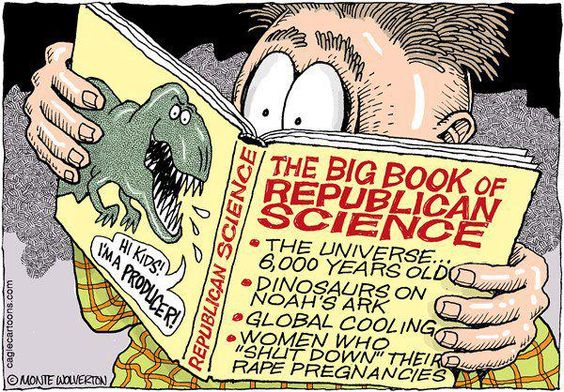 There is a popular idea going around that public trust in science is declining.  Evidence suggests that it is not. Instead, public views on science have become a function of political ideology or partisanship. The problem is not trust, it is politicization.

The new editor of Science, Jeremy Berg, gave this idea a boost when he told Times Higher Education that:

But is the claim true? Evidence would suggest that it is not.The most recent NSF Science and Engineering Indicators asked the US public about confidence in different institutions. Since, 1973, science (along with the military) is one institution which has not seen a decline, as shown in the following figure. 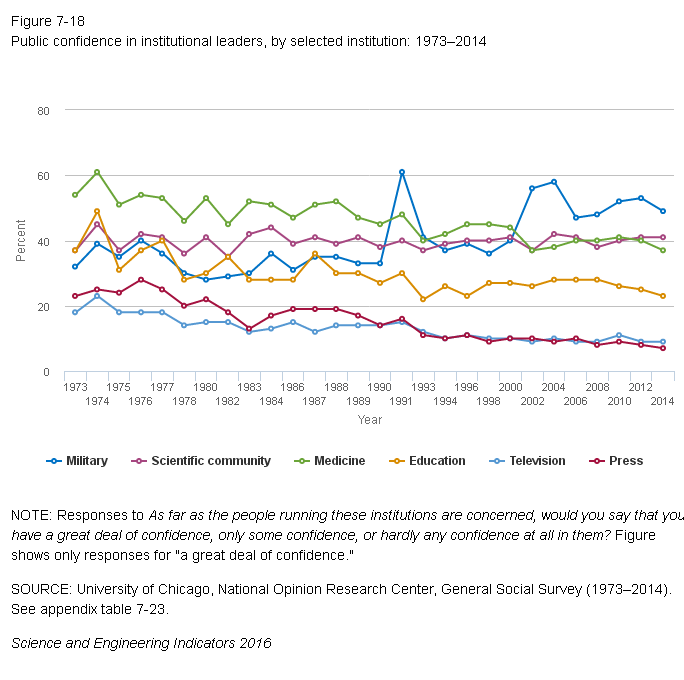 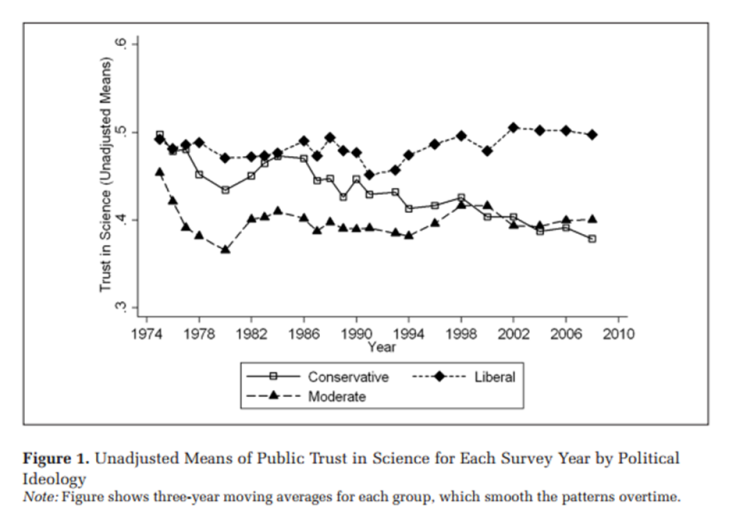 There has of course been much discussion of this trend, with a lot of attention focused on the cognitive or ethical limitations of self-identified conservatives.  In contrast, there has been very little attention paid to the possible role of the scientific community in such a trend.

Matt Nisbet has documented that scientists (at least those who are AAAS members) overwhelmingly self-identify as liberals (more than black church goers) and Democrats (more than MSNBC viewers) as shown in the following graph. 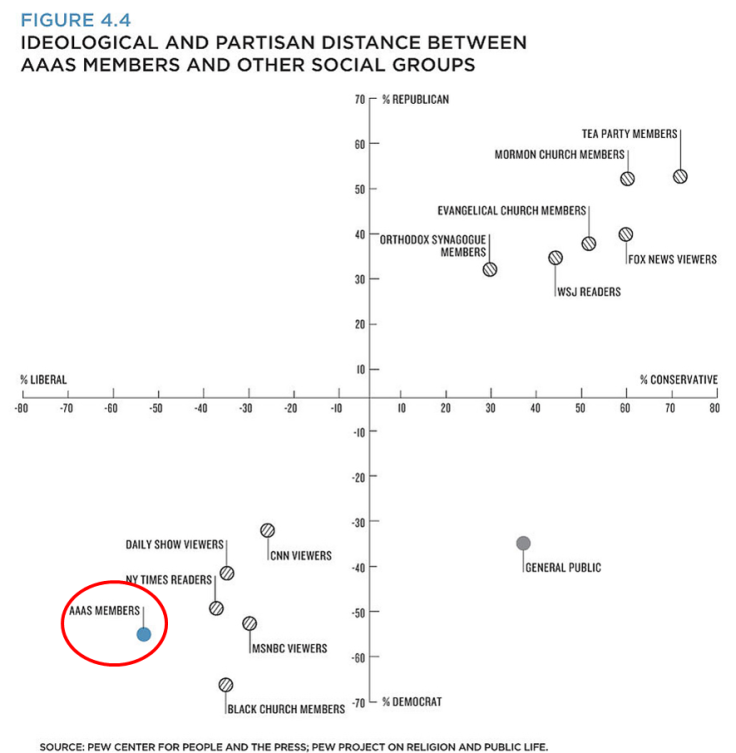 In addition, scientists have become far more active in overt political advocacy over the past decade, which given their self-professed views, has been overwhelmingly in favor of liberal and Democratic causes.

This fact has not gone unnoticed, but is typically dismissed, because as everyone knows, reality has a liberal bias. But here is a thought question for you.  What if the overt politicization of issues related (and unrelated) to science by scientists has had the effect to disaffect conservatives and Republicans? What if science is become, as Berg notes, “another special interest group“?

Is the politicization of science something to be reenforced and celebrated? Or should it be a concern of the research community?  From where I sit, it is a concern.

6 thoughts on “Public Trust in Science is Not the Problem, It is Politicization”